After being under administration of CUPE National for the past two years,
the current executive was voted in October, 2019. We came out of Administration in February, 2020. 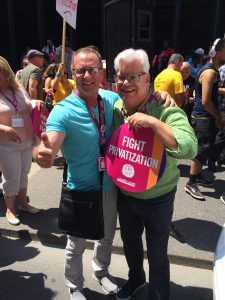 Roger started working at Wilfrid Laurier University in 2007. Within that time, he has worked as a custodian in both Academic and Residence. In 2014 Roger became the Chief Union Steward and has taken many training courses offered by CUPE Ontario. He has been a part of the negotiating committee for the past two collective agreements. As President, he is confident that the new Executive will work hard to represent all members of the bargaining unit and will work to repair the relationships within the local. He is committed to fighting privatization and would like to see all contracted positions be returned to in-house employees. 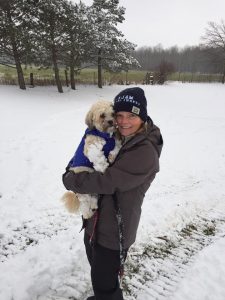 Jody started working at Wilfrid Laurier University in 2007.  She has worked in both Academic and Residence buildings.  Over the past six years Jody has taken part in many CUPE training courses, including The Steward Learning Series. Jody was a part of the last round of negotiations and was a vital part of the bargaining committee.  From 2018-2020 Jody was the OUWCC campus representative, representing CUPE 926 at meetings and conferences for the University sector.  She is a current member of the WLU Campus Coalition, collaborating with other Unions on campus to discuss campus wide issues and offer support to the other Unions.  She is also an active CUPE representative on the JHSC. 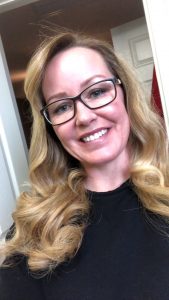 Tara started working at the University in 1997.  At that time, she was a food services associate, and a union steward for UFCW.  In 2001, she transferred to CUPE. She has worked both in Academic and Residence and is now a Custodial Leadhand in Residence.  In addition to being a union steward, she also has experience being a recording secretary for two years.  Since becoming the Secretary Treasurer, Tara has successfully completed courses and just recently attended the Secretary Treasurer Conference in Toronto.  She is looking to strengthen and support her CUPE Local 926 family. 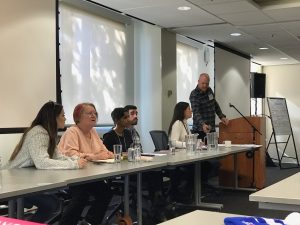 Bernie has been a custodian at Laurier for the past eight years.  He has worked in both academic and residence buildings.  Bernie has been the Campus Representative for the Ontario University Workers Coordinating Committee since January of 2020.  In this position, he actively works with Universities across Ontario and is informed of issues at other Universities that may impact us here.  When transferring from night shift to day shift, Bernie thought that it was the right time to step up and serve on the local executive.  He is now the Recording Secretary.  Before coming to Laurier, Bernie worked in the business world and has many skills that he will be able to put to use in this position.  Bernie says that being part of the CUPE Executive is a great way to give back and contribute to his fellow workers.